Shopping for Pennies on the Dollar

I was three years old when Grandpa Harold Durling passed, so I remember little of him. But I do remember what was oft attributed to him. Folks quoted his adage, "It ain't cheap if you don't need it." Which surely was true while supporting his family of six children, his wife, a mother's helper, an orphaned nephew and occasional hobos who arrived via railroad, all during the depression. 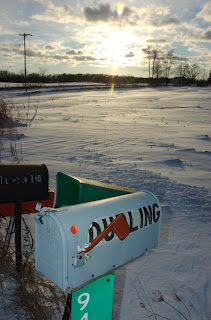 But I considered that invalid a few days ago when I went into CVS to buy a razor and Wheat Thins using coupons I had. But upon leaving the store, I had purchased--retail value--$188.38 in items I never intended to buy and didn't exactly need. Such a great deal, I returned today and purchased another $46.37 in items I didn't need. But the fact is, the items were so cheap, I decided to buy them anyway, and will give to friends, some as nice gifts.

Note: The check-out clerk was so thrown off by my large purchase that he made an error, which I pointed out to him immediately. For some reason he continued with the charge, and then created a separate refund slip for $10.88. So receipt on the right was corrected for purchase of $37.20 for just with savings of $151.18

I've discovered that CVS stores occasionally purge the store of certain products that apparently they no longer want to carry, are not selling, or whatever reason, are just pushing out the door. Many items are sold at just 10% of original list price.

So that's how I picked up eight sets of Burt's Bees products and eleven tubes of citrus coconut hand cream purchased at 25 cents each, a total of $2.75, saving $24.64.

I am no crazy hoarder. These beauty products won't be for long in my house. I have a shelf in the pantry set aside for just these finds, and have been known to send friends home with a few shampoos, disposable razors and toothpaste tubes of their choosing. Any ideas for a term or name I could put on this pantry closet shelf thing which I use as a sort of "gift bag" for visitors and overnight guests--and even my plumber? 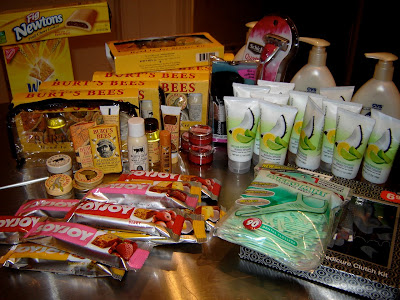 I started a trend with my girlfriends' birthday outings a few years ago. We often meet for dinner and have a great evening out, sometimes bringing gifts for the birthday person. One year, I chose a hot new West Division St restaurant for my birthday outing. We were given seating in the upper mezzanine of the restaurant and had it all to ourselves.

That year, I had the novel idea to bring gifts to give to my friends -- to celebrate and mark my birthday with thanks and gratitude and love for all they contribute to my life. It was soooo rockin fun to pull out the gifts to pass down the table to each girl. The fun first started when I opened a few gifts from them, but the noise volume went way up, and the party took on a whole new vibe when my friends realized I was doing it differently and surprising them with gifts for my birthday.

Btw, not everyone brought me a gift; we don't have gift exchange rituals or expectations. Some will bring a card, others nothing at all. That's a fun part of it--no expectations, no one really cares. The real takeaway is the enjoyment and blessing and fantastic evening of really smart, sharp, witty women who love and appreciate and bring out the best in each other.


So these $15.00 (retail value) Burt's Bees packs and $2.49 citrus coconut creams just might make it as my doing-it-backward-birthday gifts this year. So fun to buy for pennies on the dollar. So fun to have a stash of little gifts to give my visiting friends. I held back to buy just one of the $20.00 value mani-pedi fake croc clutch kit sets for 69 cents. It's not something I would carry, but I figure I'll find at least one friend who would.

For an upcoming post...how it is that Broke Girl seems to frequently stumble across these "spend-a-coupla-dollars-and-save-a-hundred" in her shopping trips? Some of it is luck, but there's a bit of smart shopping savvy involved, too.
Posted by Broke but Happy at Thursday, April 29, 2010