We are in deep doo-doo. I have never before used that childish term; had to look up Webster's to get the correct spelling, and yes, I am sorry to say—there is one.

[I started this blog last night. Clearly, President Obama got his hands on it sometime this morning because this afternoon's headlines read variously: "Obama Calls for 'Common Sense' on Executive Pay" and "Obama: Big Exec Paychecks in 'Bad Taste'."]

I've long considered myself a capitalist (in a good way), and twice waded through Free to Choose, the book by free-market proponent and Nobel-winning economist Milton Friedman and his equally formidably smart wife Rose.

But when all roads lead to coin, something's gotta give. 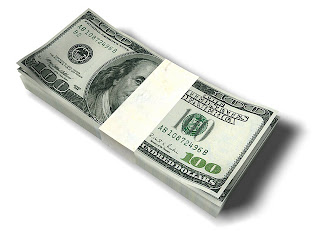 Money is the currency by which wrongs are righted, justice is purchased, the ridiculous is normalized, and in my city, politics is conducted. (McDonald's coffee lawsuit, O.J. Simpson, Wall Street bonuses after TARP, Blagojevich.)

Please don't be offended, but I ask: Are you a prostitute? I use the term "prostitute" per Webster's definition: "to put oneself or one's talents to an unworthy use or purpose for the sake of financial gain."

Posited a little more nicely, Is money usually the final and ultimate determinant when it comes to making choices about time, family, marriage, education and your job? I'm not in the judge's seat, by the way; I am thinking this over for myself too.

Ridiculously high pay to CEOs is lame. Nate Baumgart stated it well in this editorial letter:

“...the question has been asked, 'Without the most significant of financial rewards, how will we attract the very best to occupy these lofty [executive] positions?' The implicit assumption of this statement is that society’s very best can perceive no higher value than the dollar.

So let's bring this on home: Is your day-to-day living and larger life purpose driven to accumulate the most money possible? If so, your mood, marriage and motivations are at the mercy of a whole lot that's out of your control.

"Those whom history has judged as great often came from less and strived for more than wealth."

Easy to voice outrage at CEO compensation, but not so easy for Broke Girl to give thought to what she would do or is now doing for the love of money.
Posted by Broke but Happy at Wednesday, February 04, 2009