Being Rich *Is* All That

Turns out being rich is all it's cracked up to be.

It comes with a whole lot of responsibility, requires a fair amount of maintenance, care and oversight, and can set you up for an excruciating crash when your high-falutin' investments go south.

I spotted a news item: the CEO of a national firm was found dead earlier this week of a self-inflicted gunshot. I had had a meeting with a co-owner of this company not long ago. In undertaking my pre-meeting research, I will tell you I became envious of this (now-deceased) man and his accomplishments, industry prominence, swagger, renown, and seemingly immense wealth, confidence and successes in comparison to my own. But no more.

Being rich doesn't come all by itself. It often involves other people, like family. Frequently associated with risk and thus, unpredictability, it can be a set up for unbearable pain. In this case, it came with a family feud. The deceased had won an acrimonious civil suit against his father (who survives) several years ago, severing their business and (presumably) familial relationship. So much for fly-fishing excursions to Idaho with dad and the grandkids.

I might presume, but could not say whether the suicide is related to last autumn's credit collapse and ensuing crash of markets across the globe. Other recent deaths at their own hands include former billionaires and other-aires who left estates of now-dubious values: 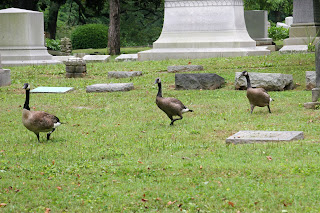 New Zealander Kirk Stephenson, 47, COO of Olivant, is said to have leapt into the path of an express train in the UK on September 25, 2008 as markets melted and credit crunched.

Brazilian trader Paulo Sergio Silva, 36, shot himself in a commodities and futures exchange in São Paulo on November 17, 2008.

French financier René-Thierry Magon de la Villehuchet, 65, slit his wrists on December 23, 2008 in his New York office after suffering losses of tens of millions of dollars in investments with Ponzi-guy Bernard Madoff.

Three days ago, Adolph Merckle, 74, whose worth was once estimated by Forbes at $12.8 billion and ranked as 44th richest man in the world, stepped in front of a train in his native Germany.

Any my point is? The more you have, the greater the torment it is to lose it all—the fall is more terrifying from a billion dollars to zero or below. The drop from, say, a few hundred thousand or just a few hundred dollars could be considered to be—relatively—less harrowing.

Sure, nobody wants a bruising fall, but being able to get up, brush off, and walk away sure beats a bone-crushing impact.
Posted by Broke but Happy at Thursday, January 08, 2009